The current title picture is taken at Nusa Dua, Bali

This is a copy of my first ever blog post… 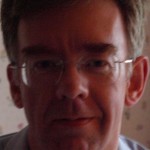 My name is Duncan Baillie. Welcome to my blog. This is my first ever blog so some background is in order. This is all going to be IT focused by the way.

I am lucky enough, and of the right age to have witnessed the revolution in home computing. The first computer I ever used was a Commodore Pet which turned up at the Maths department of my secondary school in 1979 (I think). The school, not knowing what to do with it stuck it in the cleaners broom cupboard and there I sat at break-time surrounded by pungent mops learning to program it in basic.

I had the bug and it was clear to me I wanted to study IT which I did at the University of Edinburgh from 1981 to 1988 doing a joint degree in Computer Science and Electronics and postgraduate studies in distributed operating systems.

At that time, another IT revolution was in full swing led by Xerox Parc and their amazing “workstations” with bit-mapped graphics and  those new-fangled mice. Soon to be copied by some other successful products (like Apple Macintosh) and some which disappeared (like ICL’s Perq).

I spent a lot of time at University learning Unix, firstly thanks to the Engineering department, a PDP 11 and the “learn” program (whatever happened to that). Unix (and C) went from strength to strength and when I left I was a fully qualified Unix sysadmin.

Fast forward now to the 21st century and I find myself taking part in another IT revolution, this time it’s called “Virtualisation”.

There, I’ve said it, the V word. I’ve recently been involved in a largish virtualisation project and having drunk from the cup of virtualisation I find myself liking the taste very much and wanting to drink some more. Hence this blog. This time round I hope to be able to contribute more to the revolution rather than watching other people. Partly this comes from a career in large organisations with highly inefficient IT (I wouldn’t go so far as to call it “Stupid IT”. The technology never ceases to amaze me). I don’t like inefficiency. I don’t like waste. That’s just my personality. This, no doubt, is the reason I am so enamoured with virtualisation.

So how do I hope to contribute to the world of virtualisation?